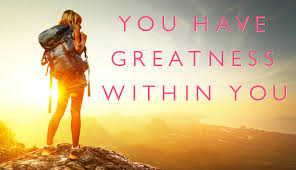 My mother and I have been having some pretty awesome conversations about King Solomon and King David.  It all started this past Sunday when the pastor said ” you can google anything “.  He actually gave an estimation of King Solomon’s Temple value today. If you were to determine King Solomon’s net worth as it relates to today, he would have been more wealthy than those considered so, today.  According to MSN money, King Solomon is the top 5th richest person in history at a cool $2.2 trillion dollars (http://www.msn.com/en-in/money/photos/the-20-richest-people-of-all-time/ss-BBsg8nX#image=17).  Unlike those who have attained wealth from innovative means, King Solomon was destined to be who he was.

Prior to his father’s (King David) death, another man by the name of Adonijah assumed the position (I Kings 1:5).  Though he was King David’s son, he was never appointed to the position, much less told that he would be the next king.  Reading this chapter will go into further detail of his arrogance and as the reader you will actually begin to feel pure embarrassment for him.  David spoke from his lips prior to his final breath that he wanted Solomon to reign as king.  It was the official word from the king himself that made this distinguished position Solomon’s.

When you are destined for greatness NO ONE can take it from you.  It was preordained to happen and regardless of the attempts it is going to be so if God orchestrates it as such.  Just like David, God speaks what we ARE throughout his word.  The King of Kings tells us we are capable of all things (Philippians 4:13) and we are MORE than CONQUERORS (Romans 8:37).  The Godhead even tells us He knew us  before we were even born (Jeremiah 1:5).   Why not entrust the One who knows you better than anyone you’ve ever known to lead you to your destiny?

You are kings kids, so act accordingly. Go for whatever God has placed inside of you because you were absolutely destined for GREATNESS.

Until next time, be blessed and GetUp and GetFit in God!

All images courtesy of Google Images.

2 thoughts on “Fulfilling your destiny”